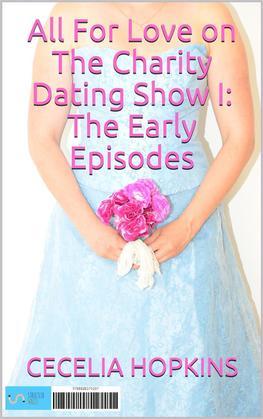 All for Love on The Charity Dating Show I: Early Episodes

by Cecelia Hopkins-Drewer (Author)
Buy for €1.99 Excerpt
Fiction Media tie-in
warning_amber
One or more licenses for this book have been acquired by your organisation details

“The Charity Dating Show” is a reality television show about one man who has multiple women to choose between. As one feminist contestant points out, this appears to be an archaic and unfair format which perpetuates patriarchal society. However the season that Anthony is the “Charity Eligible” the contestants begin selecting their own prizes!  Everyone wants something - ranging from fame and fortune to relationships with members of the production crew… If you have ever wanted to see the women turn their backs on the system and go their own way behind closed doors – this is the romantic comedy for you.