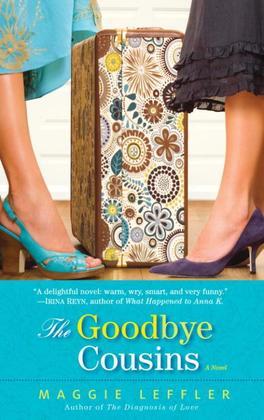 A tender, funny, effervescent novel about reconnecting cousins, family secrets, and a season of change

“Your family will find you.” It was the last thing Diotima Linzer’s mother, Roxanne, ever told her. But this was the same mother who kidnapped Di when she was eleven and fled to Europe where her broken-hearted father—and the FBI—would never find them. Now a single mom herself, Di is making a belated return to the States with her two-year-old son, Max, searching for the father she lost. That means moving in temporarily with her cousin Alecia and Alecia’s fiancé, Ben, in a Pittsburgh apartment crowded with wedding gifts.

If that’s not already a recipe for disaster, Di soon finds herself falling for the wealthy, handsome, “nearly divorced” father who hires her as a nanny for his troubled teenage son, while her cousin Alecia, preoccupied by her promotion to television news anchor and a prenup she hasn’t mentioned to her fiancé, has to cope with the sudden reappearance of her estranged mother—who may hold the secret to Di’s parents’ past. Suddenly these two very different cousins—one searching for direction in the universe, the other desperate to stop her well-ordered life from unraveling—are about to discover that the family they thought they’d lost may have found them instead.