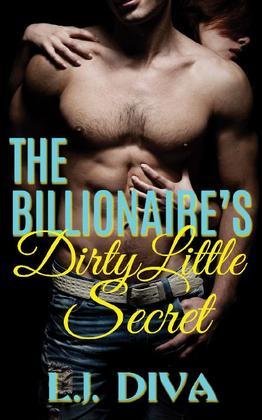 by L.J. Diva (Author)
Buy for €5.99 Excerpt
Fiction Romance Contemporary Suspense
warning_amber
One or more licenses for this book have been acquired by your organisation details

A reclusive Russian billionaire lives on her tropical playground of debauched and wildly animalistic sex. She’s happy where she is, doing what she’s doing, but her world is threatened by the man who aims to destroy the one thing she holds dear.

Alex Carson is her assistant, manager of the island and keeper of all her secrets. She hates the job of choosing men for her mistress’ sex games and wants to leave the island and that way of life, but knows it will only happen when the most deadly of all secrets is revealed.

Chris Cameron is the hot hunky actor and, although he doesn’t know it, the only man who holds the key to that secret. Lured to the island, he fights his way back from the depths of hellish nightmares to face the reality and truth of that night long ago. He aims to go home and plans to take Alex with him…as his wife.

Dimitri Yurogov is the Russian KGB-trained bodyguard of the reclusive billionaire and best friend to Alex Carson. He would and will do anything for both of the women in his life. Both of the women he loves. Even if it means murdering in their name. And murder is second nature to a man with such boundless talents.

If you love fifty shades of kick-ass heroines, and fall in love with hot hunky actors with secret lives, then you’ll love L.J. Diva’s The Billionaire’s Dirty Little Secret.

Pick up The Billionaire’s Dirty Little Secret today to see if Alex and Chris finally have their happy ever after.