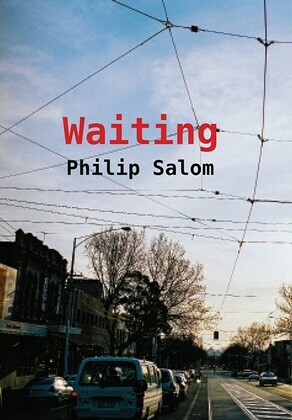 by Philip Salom (Author)
Buy for $7.99 Read sample online Download sample
Fiction Literary
warning_amber
One or more licenses for this book have been acquired by your organisation details

Waiting is a story of two odd couples in prose as marvellously idiosyncratic as its characters.

Big is a hefty cross-dresser and Little is little. Both are long used to the routines of boarding house life in the inner suburbs of Melbourne, but Little, with the prospect of an inheritance, is beginning to indulge in the great Australian dream, which has Big worried. Little's cousin, Angus, is a solitary man who designs lake-scapes for city councils, and strangely constructed fireproof houses for the bushfire zone. A handy man, he meets Jasmin an academic who races in her ideas as much as in her runners. Her head is set on publishing books on semiotics and her heart is turned towards her stalled personal life. All four are waiting, for something if not someone.

'Philip Salom and I once watched a golf tournament together. A mutual friend was caddying and we talked along the fairways, discussed things in the long grass and conversed among the trees to the sound of light applause. I knew Philip was a poet but it was obvious to me by the final round that he was also a wonderful storyteller. As you are about to see, I was right.' - John Clarke

'Philip Salom's Waiting is a strangely compelling bittersweet tale of the marginalised and the searching. From a rooming house to the world of academia, the novel shimmers with a cast of larger-than-life characters - Big and Little, Angus and Jasmin. Weirdly moving, tender, and insightful.' - Antoni Jach

'Stories with flashes of poetry and sudden insight and such profound compassion that they should be labelled 'WARNING: Could make the reader kinder.' Send a copy to a politician.' - Sue Woolfe