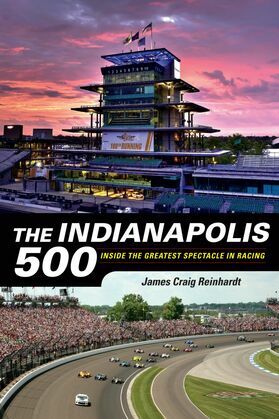 Inside the Greatest Spectacle in Racing
by J. Craig Reinhardt (Author)
Buy for $9.99 Excerpt
Nonfiction Nature, recreation and sports Sports & recreation Motor sports History Social science Transportation Automotive History
warning_amber
One or more licenses for this book have been acquired by your organisation details

Known as the "Greatest Spectacle in Racing," the Indy 500 humbly began in 1911. Labeled as the first speedway, this two-and-a-half-mile oval is now home to many of today's top races, including the Brickyard 400, the Verizon IndyCar Series, the Monster Energy NASCAR Cup Series, the SportsCar Vintage Racing Association, the Red Bull Air Race World Championship, and its most famous race, the Indianapolis 500. In The Indianapolis 500: Inside the Greatest Spectacle in Racing, speedway tour guide and racing aficionado James Craig Reinhardt shares what makes the legendary racetrack special. He reveals the speedway's unbelievable history, fast-flying action, notorious moments, and its secrets, including facts about the beginning of the brickyard, why the drivers kiss the finish line, how milk became the drink of choice, and much more. The perfect gift for the veteran or rookie, The Indianapolis 500 is a must-have for all race fans.