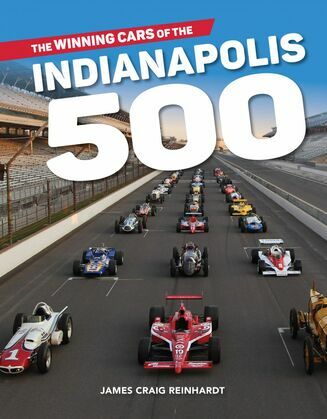 The Winning Cars of the Indianapolis 500

At speeds of over 230 miles per hour, the Indy open-wheel race cars set the bar for American Championship car racing. For over 100 years, the Indy cars and their drivers have drawn hundreds of thousands of spectators to Speedway, Indiana, with another 6 million people watching the race on television or by live stream. In The Winning Cars of the Indianapolis 500, James Craig Reinhardt, author and official tour guide for the Indianapolis Motor Speedway, details the history of the famous race and how the open-wheel race cars have evolved over the last century. Starting in 1911 with the first running of the Indy 500, Reinhardt profiles each race and car, including the starting position, engine, tires, race speed, margin of victory, and much more. Featuring nearly 200 images of the automobiles and individuals who make the race renowned, this book showcases the top drivers and how racing has changed through two world wars, the Great Depression, and unforgettable accidents.

This beautifully illustrated book is a must-have for veteran and rookie race fans alike.