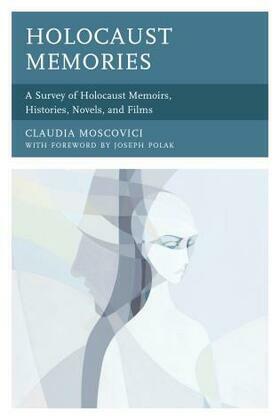 Nearly eighty years have passed since the Holocaust. There have been hundreds of memoirs, histories and novels written about it, yet many fear that this important event may fall into oblivion. As Holocaust survivors pass away, their legacy of suffering, tenacity and courage could be forgotten. It is up to each generation to commemorate the victims, preserve their life stories and hopefully help prevent such catastrophes. These were my main motivations in writing this book, Holocaust Memories, which includes reviews of memoirs, histories, biographies, novels and films about the Holocaust.

It was difficult to choose among the multitude of books on the subject that deserve our attention. I made my selections based partly on the works that are considered to be the most important on the subject; partly on wishing to offer some historical background about the Holocaust in different countries and regions that were occupied by or allied themselves with Nazi Germany, and partly on my personal preferences, interests and knowledge.

The Nazis targeted European Jews as their main victims, so my book focuses primarily on them. At the same time, since the Nazis also targeted other groups they considered dangerous and inferior, I also review books about the sufferings of the Gypsies, the Poles and other groups that fell victim to the Nazi regimes.

In the last part, I review books that discuss other genocides and crimes against humanity, including the Stalinist mass purges, the Cambodian massacres by the Pol Pot regime and the Rwandan genocide. I want to emphasize that history can, indeed, repeat itself, even if in different forms and contexts. Just as the Jews of Europe were not the only targets of genocide, Fascist regimes were not its only perpetrators.