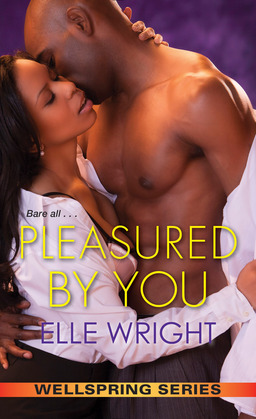 A family emergency brings a rebellious son back to his hometown—and into the arms of an old flame—in the third steamy installment of this “delectable series” (Publishers Weekly).

It’s been years since Bryson Wells cut all ties to his hometown and family, going so far as to change his name and delete his social media accounts. He’s built a life for himself away from his rich and domineering father. But as the man’s death draws near, Bryson finds himself back in Wellspring, Michigan—and face to face with the woman who has a hold on his heart . . .

Jordan Clark’s life is not turning out quite as she planned. Instead of working towards her law degree, she’s in Wellspring caring for her ailing grandfather. Running into Bryson in the hospital brings back memories of the night their longtime friendship erupted into passion. The attraction between them has only gotten stronger. But can Jordan trust that Bryson after he disappeared on her all those years ago?
Format
EPUB
Protection
Watermark
Publication date
November 27, 2018
Publisher
Dafina
Collection
Wellspring Series
Page count
320
ISBN
9781496716057
Paper ISBN
9781496716040
3148183
item