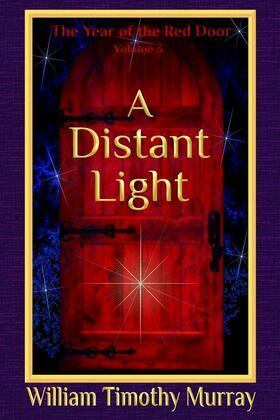 by William Timothy Murray (Author)
Buy for €4.49 Excerpt
Fiction Fantasy Epic Action & adventure
warning_amber
One or more licenses for this book have been acquired by your organisation details

And Robby has proof...

As he and his companions continue westward, Robby's secret dreamwalking lessons begin. Soon his skills will exceed those of his teacher. His companions do not know that Robby is testing his limits. They watch with dismay as he grows weaker day by day. But they, too, are being tested.

Ullin leads them onward, but a dark apparition dogs him, bent on driving him into madness. Sheila seems to be the target of Ullin's growing despair, but she finds herself attracted to him. Billy and Ibin look on as the friendship that binds them all together is strained to the breaking point.

Yet they must carry on toward Griferis. The grassy plain holds its own dangers, and they must cross paths with raging stampedes, Dragonkind, a monster made of vines and human flesh, and two great armies preparing for battle. As well, the Unknown King has learned about the conspiracy against him, and he has issued a summons for Robby and his company. Now, those who would otherwise be Robby's allies are now sworn to apprehend him.

Their only hope is to flee into an enchanted forest, one filled with sadness, resentment, and anger. It is a place from which few ever emerge. Yet, strangely, the forest may offer unexpected refuge and healing.

Peril after peril await. And greatest among these is a fanatical soldier who serves the Unknown King. It is not his aim to arrest Robby, as the King has ordered, but to assassinate him and all others in his company.

About The Year of the Red Door

The Year of the Red Door has begun, and four months have already passed by. This is the story of the last 244 days. Uncanny things are taking place in the world, mysterious powers are stirring, and there are signs of coming change. Like pieces on a game-board, ancient forces are moving into position, gathering strength. Many sense the portents and see the signs, but few know their meaning. Fewer still understand what must be done. But who is there to do it? In only 244 days, six intrepid travelers must cross thousands of miles, to the far edge of the world, to find a place that may not even exist. A legendary place called Griferis where a new king may be prepared, trained, and judged for worthiness. It is their bid to find that place, to discover the secret Name of the King, and to make one of their companions the new King. But hope is thin, and time runs out. Can the Name be found? Can the Usurper use it to take the throne? And will it make any difference? It already seems too late.

In the spirit of J.R.R. Tolkien and Charles Dickens comes a new heroic tale, a story of ageless love and brave determination, of tragic loss and the hope of redemption. During this quest, mythic powers arise from the ancient past, fate collides with destiny, and the world edges swiftly to its final destruction or to its ultimate fulfillment. Only the Bellringer can tip the balance of fate, but the world is almost out of time...