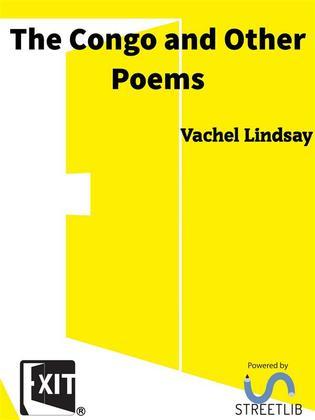 The Congo and Other Poems

by Vachel Lindsay (Author)
Buy for €0.99 Excerpt
Fiction Poetry 20th century (<1945)
warning_amber
One or more licenses for this book have been acquired by your organisation details

When 'Poetry, A Magazine of Verse', was first published in Chicago in the autumn of 1912, an Illinois poet, Vachel Lindsay, was, quite appropriately, one of its first discoveries. It may be not quite without significance that the issue of January, 1913, which led off with 'General William Booth Enters into Heaven', immediately followed the number in which the great poet of Bengal, Rabindra Nath Tagore, was first presented to the American public, and that these two antipodal poets soon appeared in person among the earliest visitors to the editor. For the coming together of East and West may prove to be the great event of the approaching era, and if the poetry of the now famous Bengali laureate garners the richest wisdom and highest spirituality of his ancient race, so one may venture to believe that the young Illinois troubadour brings from Lincoln's city an authentic strain of the lyric message of this newer world.