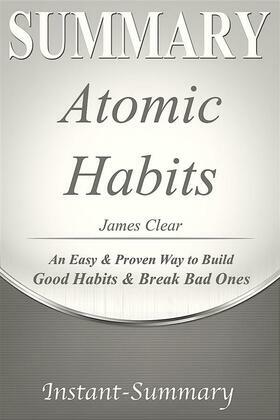 A Complete Summary of Atomic Habits

Hired as the performance director of professional cycling for England in 2003, Dave Brailsford had his work cut out for him. For the previous century, British cyclists performed terribly, winning only one gold medal and never winning the Tour de France.Brailsford had a plan to turn around British cycling. He called his strategy ‚ the aggregation of marginal gains. This involves deconstructing every aspect of riding a bike, and then consistently improving each aspect by 1%. Over time, these small changes compound into incredible performance outcomes. Brailsford implemented hundreds of small improvements, both obvious (e.g. equipping better bike seats) and non-obvious (finding the best pillow and mattress so the cyclists had optimal sleep). The results were extreme. British cyclists won 66 Olympic/Paralympic gold medals, 5 Tour de France races, and set numerous world records in the decade after Brailsford began.The image to the right shows the results of both improving and regressing by 1% every day. Over the course of a week the changes are small, but over the course of a year the changes are massive.Over a short period of time, the effects of compounding are barely noticeable. But over longer periods of time, compounding will generate very powerful outcomes.

Here Is A Preview Of What You Will Get: