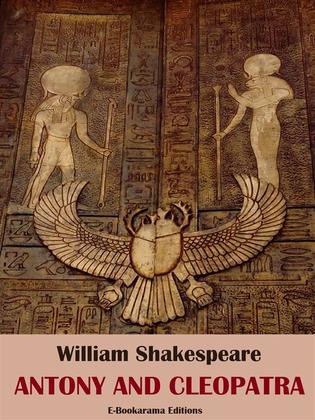 by William Shakespeare (Author)
Buy for €0.49 Excerpt
Fiction Romance Historical
warning_amber
One or more licenses for this book have been acquired by your organisation details

William Shakespeare's "Antony and Cleopatra" is considered a tragedy, though it is also referred to as historical work by some. It was first published in his "first folio" in 1623, but was reportedly first performed at either the Blackfriars or Globe theatre by Shakespeare's acting company the King's Men.

"Antony and Cleopatra" was written about character Mark Antony, who first appeared in Shakespeare's play "Julius Caesar", and his lover Cleopatra. Within the play the action shifts back and forth between Rome and Egypt, and the two locations seem to almost play a role. Alexandria is portrayed as a sensual and creative place while Rome is less extravagant and more pragmatic. Rome is ruled by three joint rulers called triumvirs; Mary Antony, Octavius Caesar, and Lepidus.

In the play Mark Antony shirks his responsibilities in Rome after becoming seduced by Egyptian Queen Cleopatra. As a soldier he neglects his own state matters including his wife Fulvia's death after her rebellion against Octavius. Octavius calls upon Antony to return to Rome and Cleopatra implores him to stay with her. Though he swears his love for Cleopatra, he finally leaves back for Rome.

Back home it is proposed that Mark Antony marry Octavius' younger sister Octavia...