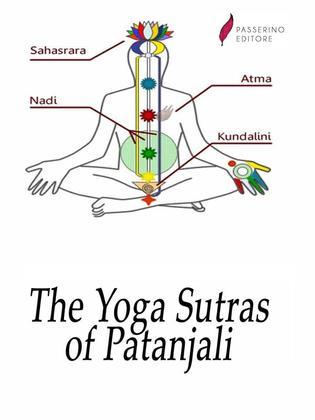 The Yoga S?tras of Patañjali are a collection of 196 Indian sutras (aphorisms) on the theory and practice of yoga. The Yoga Sutras were compiled prior to 400 CE by Patanjali who synthesized and organized knowledge about yoga from older traditions.

The Yoga S?tras of Patañjali was the most translated ancient Indian text in the medieval era, having been translated into about forty Indian languages and two non-Indian languages: Old Javanese and Arabic The text fell into relative obscurity for nearly 700 years from the 12th to 19th century, and made a comeback in late 19th century due to the efforts of Swami Vivekananda, the Theosophical Society and others. It gained prominence again as a comeback classic in the 20th century.

Patañjali was a sage in Hinduism, thought to be the author of a number of Sanskrit works. The greatest of these are the Yoga Sutras, a classical yoga text. There is doubt as to whether the sage Patañjali is the author of all the works attributed to him as there are a number of known historical authors of the same name. A great deal of scholarship has been devoted over the last century to the issue of the historicity or identity of this author or these authors.