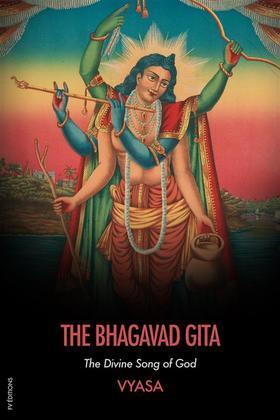 by Vyasa (Author), Edwin Arnold (Author)
Buy for €1.99 Excerpt
Nonfiction Human science Philosophy Hindu Religion Hinduism
warning_amber
One or more licenses for this book have been acquired by your organisation details

This famous and marvellous Sanskrit poem occurs as an episode of the Mahabharata, in the sixth--or "Bhishma"--Parva of the great Hindoo epic. It enjoys immense popularity and authority in India, where it is reckoned as one of the "Five Jewels" of Devanagiri literature. In plain but noble language it unfolds a philosophical system which remains to this day the prevailing Brahmanic belief, blending as it does the doctrines of Kapila, Patanjali, and the Vedas.