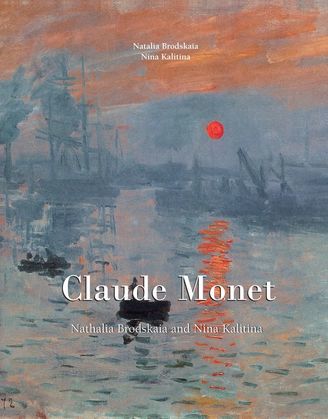 The ultimate book on Claude Monet

by Natalia Brodskaïa (Author), Nina Kalitina (Author)
Buy for $15.95 Excerpt
Nonfiction Arts Architecture History Renaissance Modern (late 19th century to 1945)
warning_amber
One or more licenses for this book have been acquired by your organisation details

With Impression, Soleil Levant, exhibited in 1874, Claude Monet (1840-1926) took part in the creation of the Impressionism movement that introduced the 19th century to modern art. All his life, he captured natural movements around him and translated them into visual sensations. Considered the leader of Impressionism, Monet is internationally famous for his poetic paintings of water lilies and beautiful landscapes. He leaves behind the most well-known masterpieces that still fascinate art lovers all over the world.
Nathalia Brodskaïa is a curator at the State Hermitage Museum in St Petersburg. She has published monographs on Rousseau, Renoir, Derain, Vlaminck, and Van Dongen, as well as many books on the Fauves and Naïve Art. She is currently working on a study of French painters at the end of the 19th and the beginning of the 20th century.