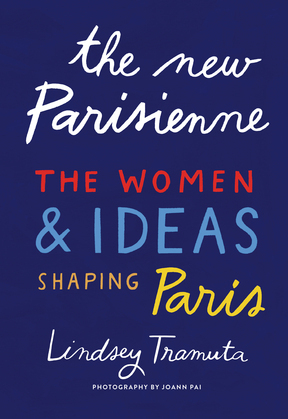 by Lindsey Tramuta (Author)
Buy for $23.32 Excerpt
Nonfiction Social science Sociology
warning_amber
One or more licenses for this book have been acquired by your organisation details

“Tramuta sweeps away the tired clichés of the Parisian woman with her vivid profiles of the dynamic and creative ‘femmes’ now powering the French capital.” —Eleanor Beardsley, NPR Paris correspondent

The New Parisienne focuses on one of the city’s most prominent features, its women. Lifting the veil on the mythologized Parisian woman—white, lithe, ever fashionable—Lindsey Tramuta demystifies this oversimplified archetype and recasts the women of Paris as they truly are, in all their complexity. Featuring 50 activists, creators, educators, visionaries, and disruptors—like Leïla Slimani, Lauren Bastide, and Mayor Anne Hidalgo—the book reveals Paris as a blossoming cultural center of feminine power. Both the featured women and Tramuta herself offer up favorite destinations and women-owned businesses, including beloved shops, artistic venues, bistros, and more. The New Parisienne showcases “Parisianness” in all its multiplicity, highlighting those who are bucking tradition, making names for themselves, and transforming the city.

“With stunning photographs and inspiring profiles, Lindsey Tramuta tramples the myths and takes us into the lives of real Parisiennes. Bravo!”—Pamela Druckerman, New York Times–bestselling author of Bringing Up Bébé

“Like the subjects of her book, Lindsey Tramuta is a force. The New Parisienne is the go-to chronicle of the joyful, progressive, pioneering women of a city that Tramuta understands with deep intelligence.” —Lauren Collins, New York Times–bestselling author of When in French

“Tramuta’s new book posits that Parisian women have been ahead of these radically changing times. But rather than being trendsetters in the stylish sense, they qualify as visionaries and agents of change across spheres of diversity, tech, culture, politics, and more.” —Vogue