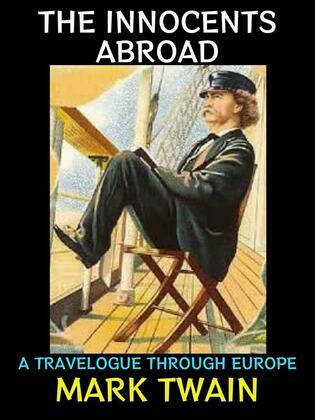 by Mark Twain (Author)
Buy for €1.49 Excerpt
Fiction Classics 19th century
warning_amber
One or more licenses for this book have been acquired by your organisation details

In 1867, Mark Twain and a group fellow-Americans toured Europe and the Holy Land, aboard a retired Civil War ship known as “Quaker City.” Throughout the journey, Twain kept a written record of his experiences. “The Innocents Abroad” is both a travelogue and a critique of clashing cultures—but more importantly, it is an entertaining and insightful work written by one of the great masters of American prose. One of the most famous travel books ever written by an American, The Innocents Abroad is Mark Twain’s irreverent and incisive commentary on nineteenth century Americans encountering the Old World.