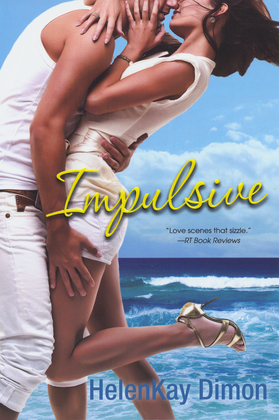 by HelenKay Dimon (Author)
Buy for $11.90 Excerpt
Fiction Romance Contemporary
warning_amber
One or more licenses for this book have been acquired by your organisation details

Katie Long was supposed to be undercover. She was just supposed to watch Deputy Prosecutor Eric Kimura at his ex's wedding and gather intel on his campaign for prosecutor. But he's a lot hotter in person, and the kind of intel they accidentally shared in the hotel bathroom might lose both of them their jobs. Especially since it seems to be a recurring incident. Is it possible for a one-night stand to last ten days?

Kimura isn't usually the impulsive type. He's driven, he's ambitious, and he knows what he wants--a respectable future in Hawaii politics. Which means wild half-public sex with a beautiful stranger in a short little caterer's skirt is just tabloid fodder waiting to happen. Conveniently, just as his campaign is coming under attack. Sabotage, media gossip, and an insatiable desire for a woman he just met? If he's not careful, Counselor Kimura might lose all control. . .