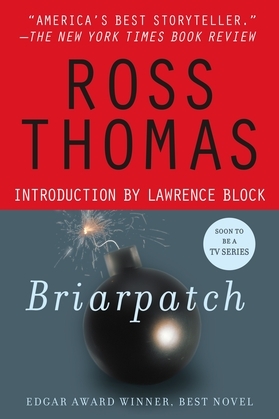 From Edgar Award-winning author Ross Thomas comes Briarpatch, a thrilling mystery of one man’s personal mission to find justice for his family. Now the basis for the USA Network television series executive produced by Sam Esmail, creator of Mr. Robot.

A long-distance call from his small Texas hometown on his birthday gives Benjamin Dill the news that his sister Felicity—born on the same day exactly ten years apart—has died in a car bomb explosion. She was a homicide detective who had perhaps made one enemy too many over the course of her career.

Unwilling to let local law enforcement handle the investigation, Dill arrives in town that night to begin his dogged search for his sister’s killer. What he finds is no surprise to him as he begins to unravel town secrets, because Benjamin Dill is never surprised at what awful things people will do.