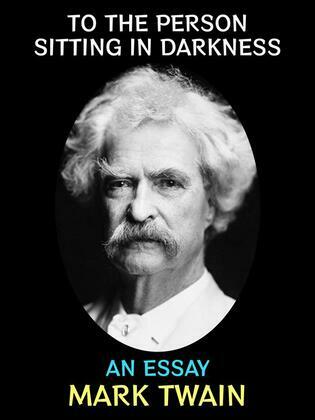 To the Person Sitting in Darkness

by Mark Twain (Author)
Buy for €1.49 Excerpt
Nonfiction Humor Form Essays Education and study aids Essays
warning_amber
One or more licenses for this book have been acquired by your organisation details

"To the Person Sitting in Darkness" is an essay by American author Mark Twain published in the North American Review in February 1901. It is a satire exposing imperialism as revealed in the Boxer Uprising and its aftermath, the Boer War, and the Philippine–American War expressing his anti-Imperialist views. It mentions the historical figures Emilio Aguinaldo, William McKinley, Joseph Chamberlain, William Scott Ament and others, and fueled the Twain–Ament indemnities controversy.