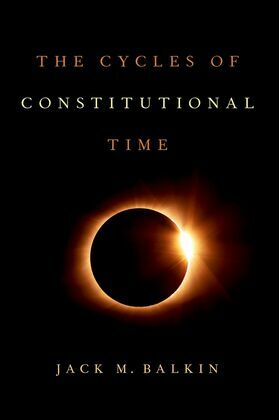 The Cycles of Constitutional Time

by Jack M. Balkin (Author)
Excerpt Buy for $19.99
Nonfiction Law Public Constitutional
warning_amber
One or more licenses for this book have been acquired by your organisation details

But Balkin offers a message of hope: We have been through these cycles before, and we will get through them again. He describes what our politics will look like as polarization lessens and constitutional rot recedes. Balkin also explains how the cycles of constitutional time shape the work of the federal courts and theories about constitutional interpretation. He shows how the political parties have switched sides on judicial review not once but twice in the twentieth century, and what struggles over judicial review will look like in the coming decades. Drawing on literatures from history, law, and political science, this is a fascinating ride through American history with important lessons for the present and the future.