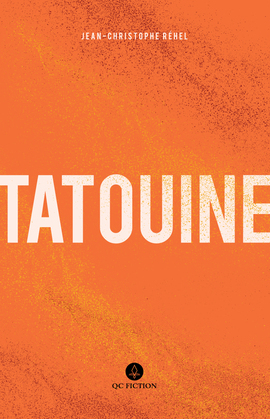 by Jean-Christophe Réhel (Author)
Buy for $16.99 Excerpt
Fiction Literary English literature American and Canadian literature
warning_amber
One or more licenses for this book have been acquired by your organisation details

It’s a long way from a basement apartment in a Montreal suburb to a new life on a fictional planet, but that’s the destination our unnamed narrator has set his sights on, bringing readers with him on an off-beat and often hilarious journey.

Along the way, he writes poems, buys groceries at the dollar store, and earns minimum wage at a dead-end supermarket job. In between treatments for his cystic fibrosis and the constant drip-drip-drip of disappointment, he dreams of a new life on Tatouine, where he’ll play Super Mario Bros and make sand angels all day. But in the meantime, he’ll have to make do with daydreams of a better life.

Author
Jean-Christophe Réhel’s début novel Ce qu’on respire sur Tatouine won Quebec’s prestigious Prix littéraire des collégiens. It is his only novel to be translated into English so far; he is busy writing a second. Réhel is also the author of five poetry collections. He lives in Montreal.

Originally from Ireland, Peter McCambridge holds a BA in modern languages from Cambridge University, England, and has lived in Quebec City since 2003. He runs Québec Reads and now QC Fiction. His translation of Eric Dupont’s La Fiancée américaine, Songs for the Cold of Heart, was shortlisted for both the 2018 Giller Prize and the 2018 Governor General’s Award for Translation. It has now been published worldwide, outside of Canada, by HarperCollins.

After immigrating to Canada from the U.K., Katherine Hastings spent ten years in Ontario before moving to Montreal, where she completed a degree in modern languages at McGill University. She has worked as a Quebec-based translator and copyeditor since 1995. Her previous literary translations, The Unknown Huntsman and The Electric Baths, were both by Jean-Michel Fortier.

“I’m still in shock. It’s just incredible. EVERY line in this first novel deserves to be underlined. It’s a book to scribble hearts and stars all over… One thousand stars for this author.” (Claudia Larochelle, arts columnist)

“There is a unique and sometimes funny take on an element of the human condition in Jean-Christophe Réhel’s novel Tatouine. It is a light read but one that is memorable. And it is certainly one of my favourites of this year.” (Steven Buechler, The Library of Pacific Tranquility)

“the melancholy, mirthful story of a likeable 31-year-old with a poor self-image […] a very worthwhile read” (James Fisher, The Miramichi Reader)

“At the end, we want to say: I am Réhel. I am Anakin. I’m a comedian. I’m Yoda reading a book and crying in the bath.” (Laurie Bédard, Spirale magazine)

“I read the whole thing without putting it down once, as though I’d just heard from a friend I’d been worrying about.” (Véronique Côté, Le Devoir)

“A beautiful novel!” (Marie-Louise Arseneault, Plus on est de fous, plus on lit !)