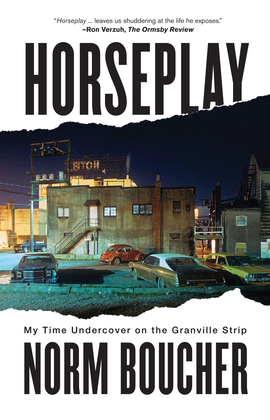 by Norm Boucher (Author)
Buy for $11.99 Excerpt
Nonfiction News and investigations True crime
warning_amber
One or more licenses for this book have been acquired by your organisation details

Shortlisted for the Brass Knuckles Award for Best Nonfiction Crime Book at the Crime Writers of Canada Awards of Excellence!

In his first true crime memoir, undercover operator Norm Boucher recounts eight months spent infiltrating Vancouver’s heroin scene, a world of paranoia, ripoffs, and violence. It is 1983 and the War on Drugs is intensifying. From his barroom observer's seat, Boucher candidly reveals the lives of heroin addicts who spend each day looking for their next hit. Their dangerous subculture, centred around three gritty hotels on the Granville Strip, becomes Boucher’s domain as he attempts both to gain acceptance in a world far removed from his own and to keep himself safe.

With Horseplay, decorated RCMP officer Norm Boucher takes readers back to the assignment that shaped his outlook on the role of criminal law enforcement and the human side of addiction as it collides with the ruthlessness of the drug business.