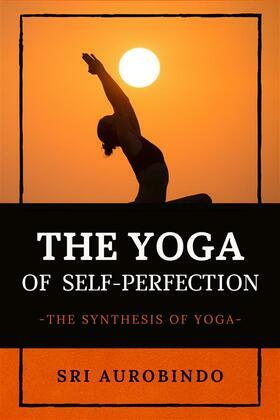 The Yoga of Self-Perfection

by Sri Aurobindo (Author)
Buy for €2.49 Excerpt
Nonfiction Esotericism, occult Spirituality Meditation
warning_amber
One or more licenses for this book have been acquired by your organisation details

Sri Aurobindo was an Indian philosopher, yogi, guru, poet. He developed a spiritual practice he called Integral Yoga. In this masterful study of Yoga, Sri Aurobindo explained the spiritual realization that not only liberated but transformed human nature, enabling a divine life on earth. The main objective of his teachings was to increase the level of consciousness of people and to aware people of their true selves. This book is a synthesis of many of the most important Indian spiritual philosophies, and is by far the most relevant to modern humanity and the most inspiring to westerners. If you've done some yoga, then move along to Sri Aurobindo and see what you can learn from one of the most fascinating minds of the past hundred years. This essay is plenty of very profound thought, and you will not leave this fantastic work without spiritual growth.

EXCERPT :“THE FUNDAMENTAL idea of a Yoga of self-perfection must be, under these conditions, a reversal of the present relations of the soul of man to his mental, vital and physical nature. Man is at present a partly self-conscious soul subject to and limited by mind, life and body, who has to become an entirely self-conscious soul master of his mind, life and body. Not limited by their claims and demands, a perfect self-conscious soul would be superior to and a free possessor of its instruments. This effort of man to be master of his own being has been the sense of a large part of his past spiritual, intellectual and moral strivings.

In order to be possessor of his being with any complete reality of freedom and mastery, man must find out his highest self, the real man or highest Purusha in him, which is free and master in its own inalienable power. He must cease to be the mental, vital, physical ego; for that is always the creation, instrument and subject of mental, vital, physical Nature. This ego is not his real self, but an instrumentation of Nature by which it has developed a sense of limited and separate individual being in mind, life and body.”