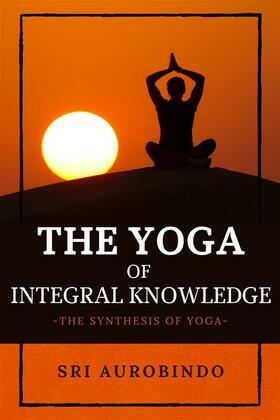 The Yoga of Integral Knowledge

by Sri Aurobindo (Author)
Buy for €3.49 Excerpt
Nonfiction Religion Hinduism
warning_amber
One or more licenses for this book have been acquired by your organisation details

Sri Aurobindo was an Indian philosopher, yogi, guru, poet. He developed a spiritual practice he called Integral Yoga. In this masterful study of Yoga, Sri Aurobindo explained the spiritual realization that not only liberated but transformed human nature, enabling a divine life on earth. The main objective of his teachings was to increase the level of consciousness of people and to aware people of their true selves. This book is a synthesis of many of the most important Indian spiritual philosophies, and is by far the most relevant to modern humanity and the most inspiring to westerners. If you've done some yoga, then move along to Sri Aurobindo and see what you can learn from one of the most fascinating minds of the past hundred years. This essay is plenty of very profound thought, and you will not leave this fantastic work without spiritual growth.

EXCERPT :“THE SELF, the Divine, the Supreme Reality, the All, the Transcendent,—the One in all these aspects is then the object of Yogic knowledge. Ordinary objects, the external appearances of life and matter, the psychology of our thoughts and actions, the perception of the forces of the apparent world can be part of this knowledge, but only in so far as it is part of the manifestation of the One. It becomes at once evident that the knowledge for which Yoga strives must be different from what men ordinarily understand by the word. For we mean ordinarily by knowledge an intellectual appreciation of the facts of life, mind and matter and the laws that govern them. This is a knowledge founded upon our sense-perception and upon reasoning from our sense-perceptions and it is undertaken partly for the pure satisfaction of the intellect, partly for practical efficiency and the added power which knowledge gives in managing our lives and the lives of others, in utilising for human ends the overt or secret forces of Nature and in helping or hurting, in saving and ennobling or in oppressing and destroying our fellow-men. Yoga, indeed, is commensurate with all life and can include all these subjects and objects. There is even a Yoga1 which can be used for self-indulgence as well as for self-conquest, for hurting others as well as for their salvation. But “all life” includes not only, not even mainly life as humanity now leads it. It envisages rather and regards as its one true object a higher truly conscious existence which our half-conscious humanity does not yet possess and can only arrive at by a self-exceeding spiritual ascension. It is this greater consciousness and higher existence which is the peculiar and appropriate object of Yogic discipline. This greater consciousness, this higher existence are not an enlightened or illumined mentality supported by a greater dynamic energy or supporting a purer moral life and character. Their superiority to the ordinary human consciousness is not in degree but in kind and essence. There is a change not merely of the surface or instrumental manner of our being but of its very foundation and dynamic principle. Yogic knowledge seeks to enter into a secret

(1 Yoga develops power, it develops it even when we do not desire or consciously aim at it; and power is always a double-edged weapon which can be used to hurt or destroy as well as to help and save. Be it also noted that all destruction is not evil.)”