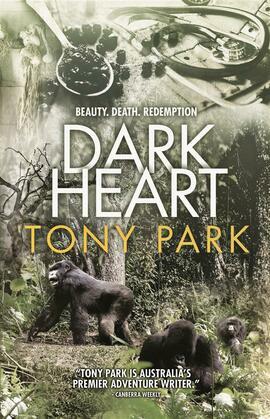 by Tony Park (Author)
Buy for €8.49 Excerpt
Fiction Thrillers Action & adventure
warning_amber
One or more licenses for this book have been acquired by your organisation details

From the ashes of an African genocide lost love and a new evil arise.

Lawyer Mike Ioannou is dead after a hit and run in Thailand. A home invasion threatens the life of medico Richard Dunlop. In Johannesburg, a car jacker nearly kills photo journalist Liesl Nel. Unrelated incidents in a dangerous world, or something else entirely?

Australian war crimes prosecutor Carmel Shang joins the dots. All three victims are linked by a photograph that was clutched in the hand of a dying man nearly twenty years ago. The picture holds a clue to how madness gripped a country resulting in a million people losing their lives.

Carmel has to not only confront the perpetrators of the unprecedented slaughter, but Richard and Liesl, the two people she never wanted to see again. Richard was the UN military doctor she was in love with in Rwanda, and Liesl was the woman who came between them. Now they are thrown together again, desperately trying to find out why the photograph is making them the target of an assassin.

In a quest that takes them from South Africa’s Kruger National Park to Zambia, Australia, and back to Rwanda, where it all began, they find that amidst the indestructible majesty and beauty of Africa, yesterday’s merchants of death are dealing in a new currency – illegal traditional medicine and the barbaric live trade in endangered African wildlife; businesses they’re prepared to kill for to protect.