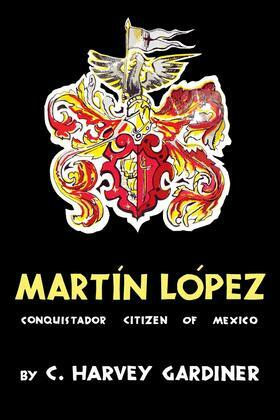 by C. Harvey Gardiner (Author)
Buy for $12.95 Excerpt
Nonfiction Biography & autobiography Adventurers & explorers History History by country Mexico
warning_amber
One or more licenses for this book have been acquired by your organisation details

In this study of the life of a Spaniard who came to Mexico as a conquistador and remained as a civilian citizen of New Spain, C. Harvey Gardiner gives his readers a fresh view of the warfare between Spaniard and Indian and of the less dramatic processes of colonization which established European culture in America.

Conquest and colonization, usually treated separately in the histories of the period, are here shown as phases in the life of a man who was not conspicuous among the conquerors, but was representative of the Spaniards of his generation who came to the new world in search of opportunity.

Martín López attained some importance in the Mexican campaign as designer and builder of the brigantines which figured importantly in the Spanish victory at Tenochtitlan. Upon returning to civilian life, Lopez became one of the many conquistadors who found the rewards for his services under Cortes inadequate and sought redress in a long series of court battles. His career after the conquest brought him little wealth, but touched upon many aspects of the political, social, and economic life of the new country.