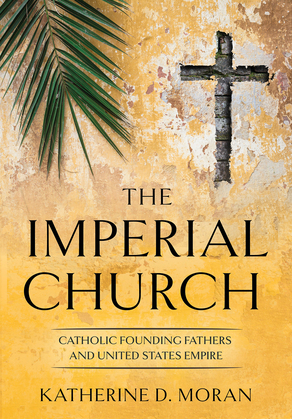 Through a fascinating discussion of religion's role in the rhetoric of American civilizing empire, The Imperial Church undertakes an exploration of how Catholic mission histories served as a useful reference for Americans narrating US settler colonialism on the North American continent and seeking to extend military, political, and cultural power around the world. Katherine D. Moran traces historical celebrations of Catholic missionary histories in the upper Midwest, Southern California, and the US colonial Philippines to demonstrate the improbable centrality of the Catholic missions to ostensibly Protestant imperial endeavors.

Moran shows that, as the United States built its continental and global dominion and an empire of production and commerce in the Gilded Age and Progressive Era, Protestant and Catholic Americans began to celebrate Catholic imperial pasts. She demonstrates that American Protestants joined their Catholic compatriots in speaking with admiration about historical Catholic missionaries: the Jesuit Jacques Marquette in the Midwest, the Franciscan Junípero Serra in Southern California, and the Spanish friars in the Philippines. Comparing them favorably to the Puritans, Pilgrims, and the American Revolutionary generation, commemorators drew these missionaries into a cross-confessional pantheon of US national and imperial founding fathers. In the process, they cast Catholic missionaries as gentle and effective agents of conquest, uplift, and economic growth, arguing that they could serve as both origins and models for an American civilizing empire.

The Imperial Church connects Catholic history and the history of US empire by demonstrating that the religious dimensions of American imperial rhetoric have been as cross-confessional as the imperial nation itself.