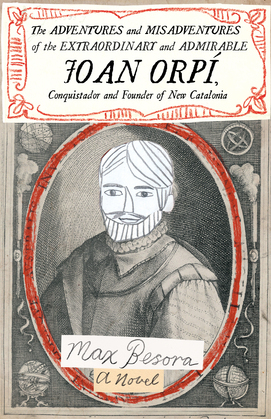 The Adventures and Misadventures of the Extraordinary and Admirable Joan Orpí, Conquistador and Founder of New Catalonia

by Max Besora (Author), Mara Faye Lethem (Translator)
Buy for $9.95 Excerpt
Fiction Literary Hispanophone literature
warning_amber
One or more licenses for this book have been acquired by your organisation details

Joan Orpí (Piera, 1593 - New Barcelona, 1645) is one of the most unknown characters in Spanish history. In this torrential book we are told the odyssey that brought him first to Barcelona, later to Sevilla and finally to America, where he would experience all kinds of outlandish situations.

Using historical facts as raw material, and with stellar appearances of characters such as Miguel de Cervantes or the brigand Serrallonga among others, Besora converses with the satirical tradition of works such as Gargantua and Pantagruel, Gulliver's Travels or Don Quixote, to paint a fresco of Catalonia in the seventeenth century and the Golden Age of the Spanish empire, creating a novel, fresh, sharp and bursting with exuberant adventures.

A triumphant, playful masterpiece brought into a unique style of English thanks to the triumphant creativity of translator Mara Faye Lethem.