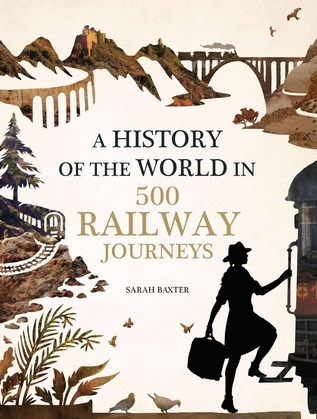 History of the World in 500 Railway Journeys

di Sarah Baxter (Autore)
Acquista per 29,99 $ Estratto
Saggistica Scienze Sociali Trasporti Treni Storia Storia Cataloghi
warning_amber
La tua organizzazione ha acquistato una o più licenze per questa risorsa dettagli
History is everywhere, and is never as complete as when it can be accessed on a part of history itself.  The locomotive is one of the great steps in progress of civilisation that undoubtably connects us to land and history that was shaped by the machine itself. Although a basic form of railway, or rutway, did exist in Ancient Greek and Roman times – notably the ship trackway between Diolkos and the Isthmus of Corinth around 600 BC – it would take several thousand years before the first fare-paying passenger service was launched in the early nineteenth century. Some two hundred years on, it is possible to travel by train to some of the world's most remote and remarkable destinations, and track the many wonderful legacies of the Earth's extensive history – man-made and otherwise.

From prehistoric rock formations to skyscraper cities, slow steam engines to high-speed bullet trains, let A History of the World in 500 Railway Journeys be your guide. Through its beautifully illustrated pages, and 500 awe-inspiring railway journeys, you can chart your own transcontinental itinerary through time. Chug through canyons, steam past ancient monuments, speed through cities, luxuriate in the railcars of presidents and queens, or make express connections between key historical moments or epic eras, A History of the World in 500 Railway Journeys has it all. A must-read for travellers, railfans and history buffs alike, offering inspiration and information in equal measure.
Formato
EPUB
Protezione
Protetto da DRM
Data di pubblicazione
01 giugno 2019
Editore
Aurum
Numero di pagine
400
ISBN
9781781319383
ISBN cartaceo
9781781316788
Dimensioni del file
33 MB
4049902
item