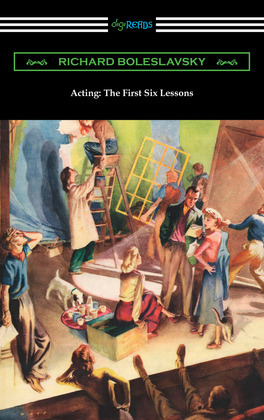 by Richard Boleslavsky (Author)
Buy for $4.99 Excerpt
Nonfiction Arts Performing arts Acting & auditioning
warning_amber
One or more licenses for this book have been acquired by your organisation details

First published in 1933, ?Acting: The First Six Lessons? is the classic work on what would later become known as Method acting by Richard Boleslavsky. Born in Russia in 1889, Boleslavsky began his acting career by studying under Konstantin Stanislavski at the Moscow Art Theatre where he learned about the ?system?. After World War I, Boleslavsky both directed and acted in films in Poland and Germany before settling in New York, where he founded the American Laboratory Theatre in 1923. There he taught Stanislavski?s ?system? to such students as Lee Strasberg and Stella Adler. Boleslavsky went on to direct many prominent films in Hollywood and wrote ?Acting: The First Six Lessons?, which introduced a wider audience to the ?system?. Now known as Method acting, Boleslavsky?s approach was based on his years of experience and guides actors in perfecting and understanding their craft. It has become widely practiced the world over and Boleslavsky?s work is considered an essential guide for both new and seasoned actors. ?Acting: The First Six Lessons? is an engaging and accessible series of lessons and techniques to help all actors excel and grow in their craft.