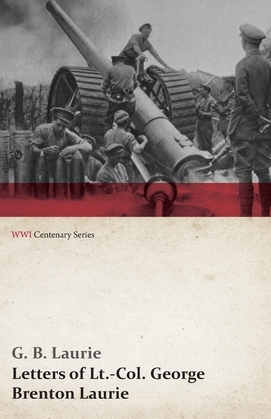 by G. B. Laurie (Author)
Buy for $9.99 Excerpt
Nonfiction History World War I History by country Canada Literary collections Letters
warning_amber
One or more licenses for this book have been acquired by your organisation details

""These Letters, which were written to me from France during the first winter of the World War, do not in any way pretend to literary attainment; they are just the simple letters of a soldier recording as a diary the daily doings of his regiment at the front.
Often were they penned under great difficulties, and many a time under a rain of fire. The accounts of the awful loss of life and the discomforts experienced, both by officers and men unused to such severe climatic conditions, are sometimes heart-rending, and they make the reading sad.""
This book is part of the World War One Centenary series; creating, collating and reprinting new and old works of poetry, fiction, autobiography and analysis. The series forms a commemorative tribute to mark the passing of one of the world's bloodiest wars, offering new perspectives on this tragic yet fascinating period of human history. Each publication also includes brand new introductory essays and a timeline to help the reader place the work in its historical context.