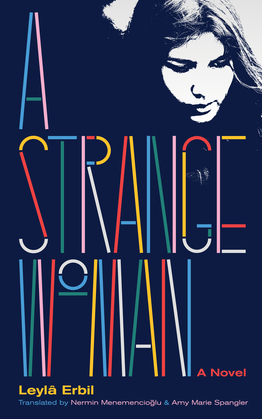 The pioneering debut novel by one of Turkey's most radical female authors tells the story of an aspiring intellectual in a complex, modernizing country.

In English at last: the first novel by a Turkish woman to ever be nominated for the Nobel. A Strange Woman is the story of Nermin, a young woman and aspiring poet growing up in Istanbul. Nermin frequents coffeehouses and underground readings, determined to immerse herself in the creative, anarchist youth culture of Turkey’s capital; however, she is regularly thwarted by her complicated relationship to her parents, members of the old guard who are wary of Nermin’s turn toward secularism.

In four parts, A Strange Woman narrates the past and present of a Turkish family through the viewpoints of the main characters involved. This rebellious, avant-garde novel tackles sexuality, the unconscious, and psychoanalysis, all through the lens of modernizing 20th-century Turkey. Deep Vellum brings this long-awaited translation of the debut novel by a trailblazing feminist voice to US readers.