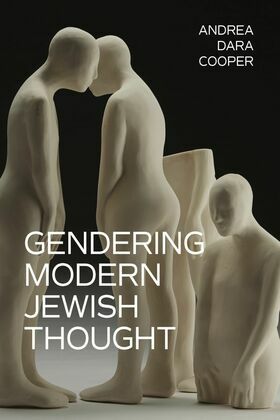 by Andrea Dara Cooper (Author)
Buy for $33.99 Excerpt
Nonfiction Human science Philosophy Religious Ethics & moral philosophy
warning_amber
One or more licenses for this book have been acquired by your organisation details

The idea of brotherhood has been an important philosophical concept for understanding community, equality, and justice. In Gendering Modern Jewish Thought, Andrea Dara Cooper offers a gendered reading that challenges the key figures of the all-male fraternity of twentieth-century Jewish philosophy to open up to the feminine.

Gendering Modern Jewish Thought suggests these fraternal models do real damage and must be brought to account in more broadly humanistic frameworks. For Cooper, a more responsible and ethical reading of Jewish philosophy comes forward when it is opened to the voices of mothers, sisters, and daughters.