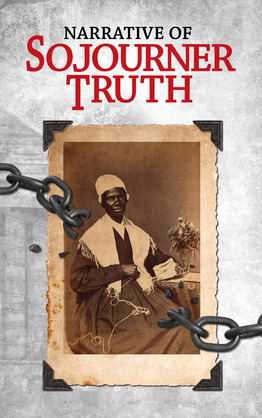 by Sojourner Truth (Author)
Buy for $1.98 Excerpt
Nonfiction Biography & autobiography Women Historical
warning_amber
One or more licenses for this book have been acquired by your organisation details

Dictated to her friend Olive Gilbert and first published privately in 1850, this partial autobiography of the woman who became a pioneer in the struggles for racial and sexual equality is a lens into the little-known world of northern slavery and an inspiring account of a black woman striving for personal and political empowerment.

Truth was born into slavery around 1797 but managed to escape with her infant daughter in 1826. She found refuge in the home of Isaac and Maria Van Wagenen of New Paltz, New York and in 1828, became the first black woman to win a case against a white man when she sued to recover her son, who was still enslaved.

Born Isabella Baumfree, Sojourner changed her name to signify her belief that God had tasked her with the mission to go forth and preach the message of abolition. Her strong spirituality helped her overcome the many struggles she faced in life and enabled her to become a leading abolitionist and champion of women’s rights.

This narrative bears witness to Sojourner Truth's thirty years of bondage and her transformation into an extraordinary abolitionist, feminist, orator, and preacher. She is the passionate woman on the Smithsonian Institution’s list of “100 Most Significant Americans. It is a must read for anyone interested in that dark period of time in American history.