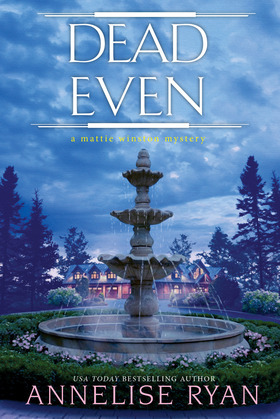 In Sorenson, Wisconsin, a local bigshot is found with a pool cue through the heart—and Mattie Winston must untangle a web of lies to sink a killer . . .

In her previous career as a nurse, Mattie Winston’s job was to keep death at bay. Now, as a medicolegal investigator, she’s required to study death intimately—to figure out causes and timing, and help deduce whether it was natural or suspicious.

In the case of Montgomery “Monty” Dixon, a well-to-do Realtor, there can be little doubt: Broken pool cues do not embed themselves. Monty’s body is found in the game room of his lavish house, the walls adorned with photos of Monty and various celebrities. But as Mattie and husband Steve Hurley, a homicide detective, both know, money and connections can’t protect anyone from a killer.

The first suspect is Monty’s wife, Summer, who claims to have been at a cooking class at the time. When that alibi is served up as a fake, Summer moves to the top of the suspects list, but is soon joined by Monty’s ne’er-do-well son, Sawyer, who has racked up gambling debts he hoped his dad would pay off. Monty’s twin brother is engaging in shady financial deals. An affair, a Ponzi scheme, a disputed inheritance . . . there are as many motives as suspects, and soon Mattie and Hurley have turned up other, possibly related deaths.

Balancing a high-profile case with the demands of their increasingly stressful household isn’t easy. It’ll take all of Mattie’s skill—along with a lucky break or two—to stop a killer from racking up another victim . . .