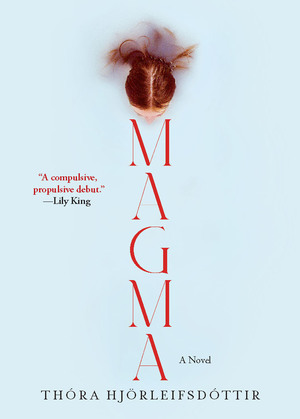 by Thora Hjorleifsdottir (Author), Meg Matich (Translator)
Buy for $16.00 Excerpt
Fiction Literary Nordic literature
warning_amber
One or more licenses for this book have been acquired by your organisation details

A compulsive, propulsive debut about a young woman’s haunting experience of love, abuse, and sex in an era of pornification by one of Iceland’s most provocative writers.

20-year old Lilja is in love. As a young university student, she is quickly smitten with the intelligent, beautiful young man from school who quotes Derrida and reads Latin and cooks balanced vegetarian meals. Before she even realizes, she’s moved in with him, living in his cramped apartment, surrounded by sour towels and flat Diet Cokes. As the newfound intimacy of sharing a shower and a bed fuels her desire to please her partner, his acts of nearly imperceptible abuse continue to mount undetected. Lilja desperately tries to be the perfect lover, attempting to meet his every need. But in order to do so, she gradually lets go of her boundaries and starts to lose her sense of self.

With astounding clarity and restraint, Hjörleifsdóttir sheds light on the commonplace undercurrents of violence that so often go undetected in romantic relationships. She deftly illustrates the failings of psychiatric systems in recognizing symptoms of cruelty, and in powerful, poetic prose depicts the unspooling of a tender-hearted woman desperate to love well.