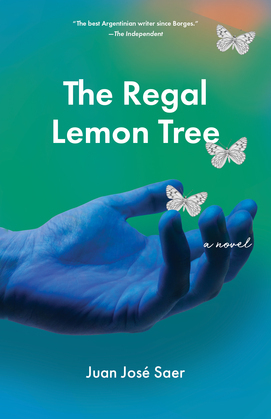 by Juan José Saer (Author), Sergio Waisman (Translator)
Buy for $11.95 Excerpt
Fiction Literary Hispanophone literature South American literature
warning_amber
One or more licenses for this book have been acquired by your organisation details

One of the late Juan José Saer's most beloved novels, The Regal Lemon Tree shows a master stylist at his best. Set during day and night of New Year's Eve—building up a barbecue that takes on ritual significance—the novel focuses on a couple in the north of Argentina who lost their only son eight years prior. Wenceslao spends the day with his extended family and his memories while his wife—truly paralyzed by grief—refuses to leave their island, which is home to an almost magical lemon tree that blossoms at all times of the year. With the recurring phrase, "dawn breaks, and his eyes are already open," the novel takes on a dreamlike quality, manifesting the troubles the couple has suffered under with an eeriness that calls to mind the work of David Lynch.