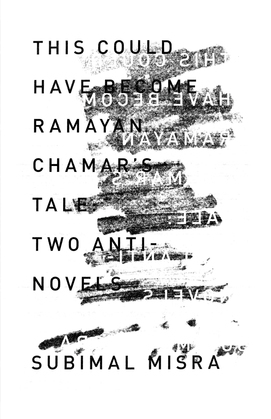 This Could Have Become Ramayan Chamar's Tale

by Subimal Misra (Author), Venkateswar Ramaswamy (Translator)
Buy for $12.95 Excerpt
Fiction Literary Asian literature Indian literature
warning_amber
One or more licenses for this book have been acquired by your organisation details

Subimal Misra—anarchist, activist, anti-establishment, experimental anti-writer—is one of India's greatest living writers. This collection of two "anti-novels" is the first of his works to appear in the U.S. "This Could Have Become Ramayan Chamar's Tale" is a novella about trying to write a novella about a tea-estate worker turned Naxalite named Ramayan Chamar, who gets arrested during a worker's strike and is beaten up and killed in custody. But every time the author attempts to write that story, reality intrudes in various forms to create a picture of a nation and society that is broken down and where systemic inequalities are perpetuated by the middle- and upper-classes which are either indifferent or actively malignant. "When Color Is a Warning Sign" goes even further in its experimentation, abandoning the barest pretense of narrative and composed entirely as a collage of vignettes and snippets of dialogue, reportage, autobiography, etc. Together these two anti-novels are a direct assault on the vast conspiracy of not seeing that makes us look away from the realities of our socio-political order.