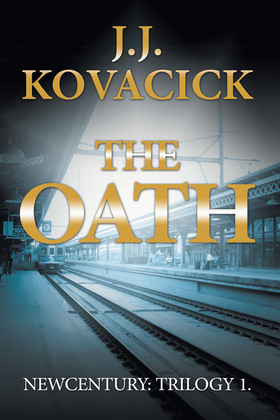 Newcentury: Trilogy 1
by J.J. Kovacick (Author)
Excerpt
Fiction
warning_amber
One or more licenses for this book have been acquired by your organisation details

Stan Cooper, MI6s British secret agent, arrived at Atocha station shortly after a terrorist organization had carried out a bomb attack that left dozens of dead and wounded scattered all over the place. He was petrified when he discovered that his mother was among the victims.
He swore over his mothers dead body that he would find the culprits. It was the only way to cope with the pain.
When he discovered the Islamic terrorists, he knew that they were a powerful and sophisticated organization led by scientists who had the power to eliminate him. He knew that he would face a monster that was almost impossible to defeat.
He could not expect MI6 to get involved in his personal war. He had to face them alone. He was only accompanied by a friend from MI6.
Everything started to go wrong when the terrorist organization found out that Stan Cooper had discovered them. From that moment on, they began a ruthless hunt to kill him.
Now he must fight for his life to fulfill the oath he had made over his mothers dead body.