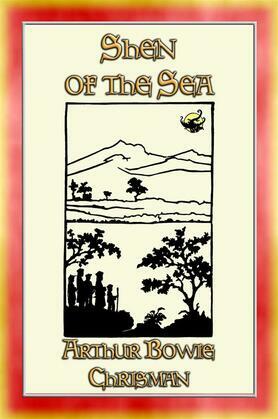 SHEN OF THE SEA - 16 Chinese short stories for Children

Shen of the Sea is a collection of short stories written by Arthur Bowie Chrisman. It was first published by Dutton in 1925, illustrated with more than 50 silhouettes by Else Hasselriis. Chrisman won the 1926 Newbery Medal for the work, recognizing the previous year's "most distinguished contribution to American literature for children".

Chrisman's 16 stories are written in the style of humorous Chinese folk tales. The title story tells of a king who tries to match wits with the demons of the water in order to save his city from a flood. Other tales relate the origin of chopsticks, and an instance when mud pies are revealed to be the origin of fine China.


10% of the profit from the sale of this book will be donated to charity by the publisher.