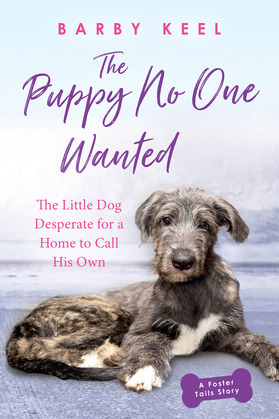 The Puppy No One Wanted

by Barby Keel (Author)
Buy for $13.56 Excerpt
Nonfiction Biography & autobiography Women Nature, recreation and sports Pets Dogs
warning_amber
One or more licenses for this book have been acquired by your organisation details

The heart-tugging true story of an abandoned puppy named Teddy and the devoted animal rescuer who took him in, showed him love, and—against all odds—found him a home. . . .

He was delivered on her doorstep like a present: a frightened, straggly-haired puppy inside a large cardboard box. As owner of an animal shelter, Barby Keel had seen plenty of abandoned animals. But there was something extra special about this one. With his oversized paws, long legs, and awkward gait, he was bigger than most puppies but a big softie at heart. He was so sweet and cuddly, Barby named him Teddy, like a Teddy bear. But finding this Teddy a home would be no picnic . . .

The first family that adopted Teddy returned him 24 hours later. They said he chewed up everything and cried all night long. The second family returned him after a month. Why? Teddy refused to be housebroken. Over the next few weeks, Barby devoted herself to the unruly pup. Soon, he was settling into the sanctuary, playing with the other animals, even rescuing a baby chick. But every night, Teddy reverted back to being a scared little puppy. With Barby’s loving care—and a lot of patience—he slowly began to overcome his fears. And as the two grew closer, Barby began to wonder if Teddy had already found his forever home—with her . . .

Filled with beautiful life lessons in unconditional love, mutual trust, and unshakable devotion, Teddy’s story is sure to find a special place in every animal lover’s heart.