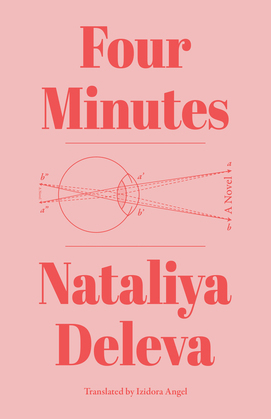 by Nataliya Deleva (Author), Izidora Angel (Translator)
Buy for $9.95 Excerpt
Fiction Literary Slavic literature
warning_amber
One or more licenses for this book have been acquired by your organisation details

Giving voice to people living on the periphery in post-communist Bulgaria, Four Minutes centers around Leah, an orphan who suffered daily horrors growing up, and now struggles to integrate into society as a gay woman. She confronts her trauma by trying to volunteer at the orphanage, and to adopt a young girl—a choice that is frustrated over and over by bureaucracy and the pervasive stigma against gay women.

In addition to Leah’s narrative, the novel contains nine other standalone character studies of other frequently ignored voices. These sections are each meant to be read in approximately four minutes, a nod to a social experiment that put forth the hypothesis that it only takes four minutes of looking someone in the eye and listening to them in order to accept and empathize with them.