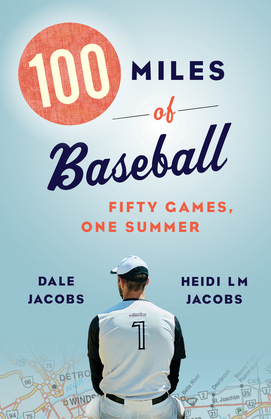 by Dale Jacobs (Author), Heidi Lm Jacobs (Author)
Buy for $13.99 Excerpt
Nonfiction Nature, recreation and sports Sports & recreation Baseball
warning_amber
One or more licenses for this book have been acquired by your organisation details

From sandlots to major league stands, two fans set out to recapture their love of the game.

For most of their lives together Dale Jacobs and Heidi LM Jacobs couldn?t imagine a spring without baseball. Their season tickets renewal package always seemed to arrive on the bleakest day of winter, offering reassurance that sunnier times were around the corner. Baseball was woven into the fabric of their lives, connecting them not only to each other but also to their families and histories. But by 2017 it was obvious something was amiss: the allure of another Sunday watching their Detroit Tigers had devolved to obligation. Not entirely sure what they were missing, they did have an idea on where it might be found: in their own backyard. Drawing a radius of one hundred miles around their home in Windsor, Ontario, Dale and Heidi set a goal of seeing fifty games at all levels of competition over the following summer. From bleachers behind high schools, to manicured university turf, to the steep concrete stands of major league parks, 100 Miles of Baseball tells the story of how two fans rediscovered their love of the game?and with it their relationships and the region they call home.