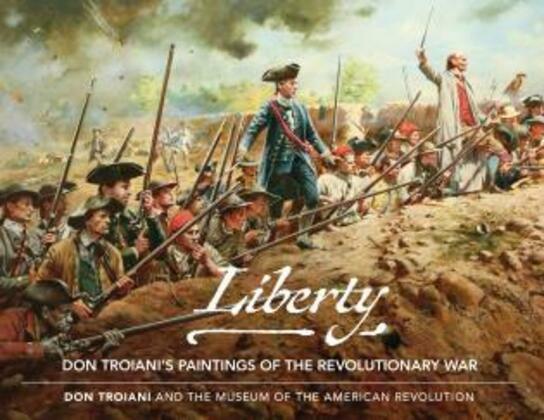 by The Museum of the American Revolution (Author)
Excerpt Buy for $28.50
Nonfiction History History by country United States Historical period Revolutionary period (1775-1800)
warning_amber
One or more licenses for this book have been acquired by your organisation details

Using a masterful combination of “artistry and accuracy” (New York Times), nationally renowned historical artist Don Troiani has dedicated much of his career to transforming the modern understanding of what the Revolutionary War truly looked like. His research-based paintings capture the reality and drama of crucial moments such as the 1775 Battle of Bunker Hill, General Washington’s daring 1776 attack on Trenton, and the American and French victory at Yorktown in 1781.

Liberty: Don Troiani’s Paintings of the Revolutionary War, the book that serves as catalog for the exhibit of Troiani’s work at the Museum of the American Revolution, highlights the most pivotal events of America’s fight for independence and reveals Troiani’s research-based artistic process. For the first time in a museum, this special exhibition brings together over forty of Troiani’s original Revolutionary War paintings and pairs them with forty artifacts from his personal collection, that of the Museum, and several private collectors. https://www.amrevmuseum.org/exhibits/liberty-or-death-don-troiani-s-paintings-of-the-revolutionary-war

The exhibit and the book unveil Troiani’s latest canvas, a painting of the young African American sailor and Philadelphian James Forten witnessing Black and Native American troops in the ranks of the Continental Army as they march past Independence Hall on their way to Yorktown, Virginia.The painting was commissioned in 2019 by the Museum with funding provided by the Washington-Rochambeau Revolutionary Route National Historic Trail of the National Park Service.