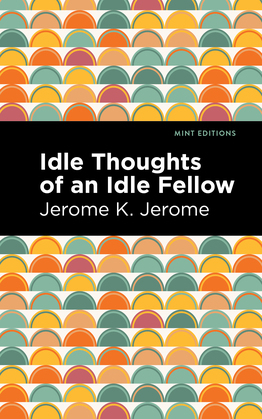 Idle Thoughts of an Idle Fellow

At a young age, author Jerome K. Jerome found a hobby that he was extremely skilled at, and very passionate about—idleness. He was thrilled at the amount of time he could waste doing nothing, frustrating those around him. However, when Jerome falls ill and is ordered to bedrest, this hobby is tested. Then, he learns that doing nothing is only fun when you have other commitments. This relatable sentiment is explored in the title essay of Idle Thoughts of an Idle Fellow. Taking sometimes mundane topics and twisting them into the extraordinary, Idle Thoughts of an Idle Fellow shares insight on a variety of topics. In On Being in Love Jerome applies his observations of couples to broader realizations of love and romance. Exploring an opposite, polarizing feeling, On Being in the Blues is a touching portrayal of living with depression, struggling through the lows and highs of mental health. While such essays invoke strong emotional reactions, others dabble in lighter topics, such as the attire of babies, the weather, and gluttonous appetites. Yet, whether the topic is profound or ordinary, Jerome finds a way to craft philosophical prose saturated in clever insight.

Featuring fourteen witty and philosophical essays, Jerome’s Idle Thoughts of an Idle Fellow considers topics of varying importance, from the author’s opinion on cats to suffering through depressive episodes. Each accompanied by a personal, and usually hilarious narrative, these essays reach philosophic conclusions as they entertain with their captivating charm and sarcasm. Written with casual prose decorated with thorough imagery and figurative language, Idle Thoughts of an Idle Fellow imparts fun and frank wisdom on its readers, still delighting audiences over a century after it was first published.