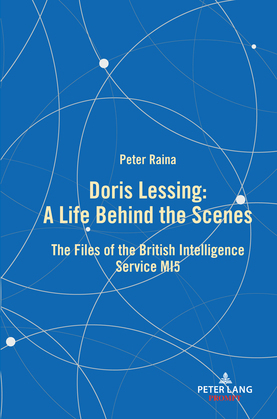 Doris Lessing - A Life Behind the Scenes

by Peter Raina (Author)
Buy for $52.95 Excerpt
Nonfiction History Literary collections English, Irish, Scottish, Welsh Social science Sociology
warning_amber
One or more licenses for this book have been acquired by your organisation details

In March 1949 the security service MI5 received notice of a suspect person about to enter Britain and went to great pains to keep her under surveillance. This person was the author Doris Lessing. She would eventually go on to win the Nobel Prize for literature as an «epicist … who with scepticism, fire and visionary power has subjected a divided civilisation to scrutiny». And it was precisely this scrutiny that troubled the guardians of the status quo. Lessing grew up in colonial Rhodesia and hated the scorn with which the colonists treated the native population. She worked tirelessly for a more just society and this drove her into support for communism. But a communist, as one of her fictional characters says, «is hated, despised, feared and hunted». Peter Raina’s book, reproducing the secret files kept on Lessing, shows that this was largely true, even though her emphasis in these troubled times was always on Peace. Lessing was eventually disillusioned by communism, and sought a better understanding of human relations than Soviet-conforming clichés could provide. However, her understanding was much enriched by the experiences of her activism and knowledge of the opposition it aroused. The secret files show how strongly Lessing followed her convictions and throw new light on how her perceptions of society evolved. Peter Raina elucidates this in a short Introduction and an Epilogue discussing aspects of her writings.