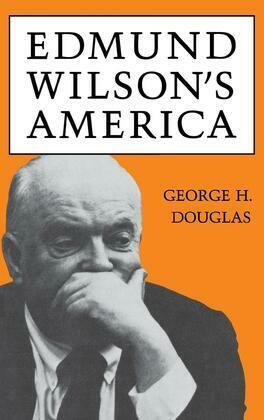 When Edmund Wilson died in 1972 he was widely acclaimed as one of America's great literary critics. But it was often forgotten by many of his admirers that he was also a brilliant and penetrating critic of American life. In a literary career spanning half a century, Wilson commented on nearly every aspect of the American experience, and he produced a body of work on the subject that rivals those of Tocqueville and Henry Adams.

In this book, George H. Douglas has distilled the essence from Wilson's many writings on America. An active reporter and journalist as much as a scholar, Wilson ranged from Harding to Nixon, from bathtub gin to marijuana. Douglas here surveys Wilson's mordant observations on the roaring twenties, the Great Depression, income tax, suburbia, sex, populist politics, the Vietnam War, the Great Society, the failure of American scholarship, pollution of the landscape, and the breakdown of traditional American values.

The Wilson who emerges from this survey is a historical writer with deep and unshakable roots in Jeffersonian democracy. Among his most far-seeing and poignant books are studies of the literature of the American Civil War and of the treatment of the American Indian. Pained by the crumbling moral order, Wilson was never completely at home in the twentieth century. In politics he was neither a liberal nor a conservative as those terms are understood today. He endured those ideologies and their adherents, but his genius was that he could bring them into hard focus from the perspective of the traditional American individualist who was too pained to accept the standardized commercial world that had grown up around him.

Edmund Wilson's America offers a distinctive overview of the nation's life and culture as seen and judged by its leading man of letters.