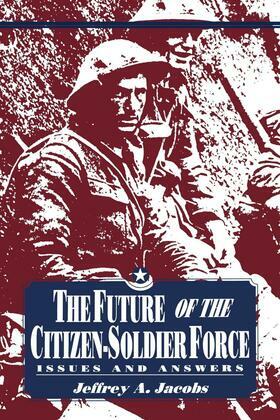 The Future of the Citizen-Soldier Force

One of the most significant post-Cold War issues is the future of the U.S. Army's reserve components. Although National Guard and Army Reserve units fought well in the first Persian Gulf war, Jeffrey Jacobs warns that Americans should not be sanguine about their ability to perform effectively in future conflicts.

Having served in the active Army as well as both the Guard and the Reserve, Jacobs offers a unique perspective on the current missions, structure, and policies of the Army and the impact of the reserve system on its readiness for combat.

From both active and reserve points of view, Jacobs describes the current limitations and deficiencies inherent in the separate structures of the Army's three disparate components. He finds the roots of many of the reserves' problems in their strong ties to traditions and politics. The solutions he proposes focus on integrating the three components into a true Total Army—in fact as well as in rhetoric. Such reforms will affect several sacred cows, including state control of the National Guard, the weekend drill system, and the geography-based reserve system.

Much has been written about the reserves, but few recent writers have proposed such far-reaching reforms. Jacobs's controversial proposals will interest those who make, influence, and study military policy. Here is a stimulating and thought-provoking consideration of a vital aspect of America's defense posture.