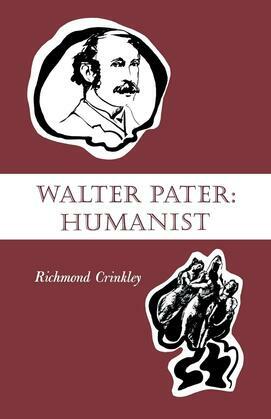 by Richmond Crinkley (Author)
Buy for $12.95 Excerpt
Nonfiction Biography & autobiography Literary Literary essays
warning_amber
One or more licenses for this book have been acquired by your organisation details

This provocative study suggests that Pater, usually thought of as a florid prose stylist and second-rate adjunct to the Esthetic Movement, is, in reality, an articulate prophet of the twentieth century. Pater's work, the book indicates, shows a consistent concern with the transmission of humanism from one generation to the next through the medium of art. The link in that transmission is the human image in a milieu—the appearance of man as manifested in painting, sculpture, prose, poetry, or drama. Pater's fiction, as well as his criticism, strives to create a milieu, extracting both what is unique and what is constant from that milieu. His treatment of humanism has seemed introverted, bizarre, almost obsessional, but he prefigured the concerns of such writers as Joyce and Yeats, and his esthetic has become an accepted part of our mid-twentieth century intellectual structure.